Railfans keen on steam will no doubt be aware of the dazzling array of wheel arrangements that adorn a wide range of locomotives. From tank engines and narrow gauge locomotives, to large freight haulers and those pulling high speed express trains, each and every type of steam locomotive operates differently and has a wheel set to match its purpose. In 1900, mechanical engineer Frederick Methvan Whyte devised a relatively simple form of notation to describe wheel arrangements. Below we take a look at how Whyte Notation is used so that railfans can understand what is meant by these numerical designations. 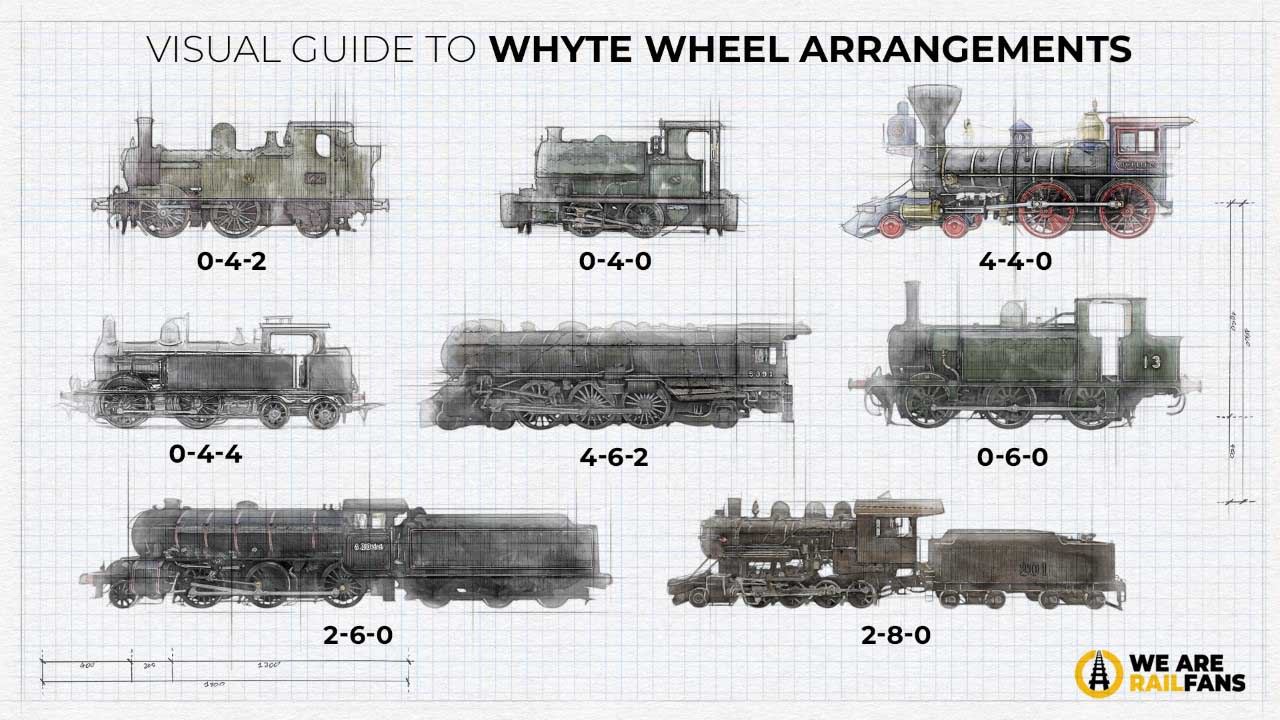