Rhaetian Crocodiles: The Ge 6/6 I

The progression from Steam, through Diesel and to electric motive power has varied greatly between nations over the last 100 years. Dieselisation was something only really implemented in the UK from the 1950s via the 1955 Modernisation Plan but in the USA, Diesel locomotives in the form of streamliners were well under way by the 1930s. Similarly, electrification is only just coming to parts of the British rail network, but in Switzerland, such systems were developed at the very start of the 20th century.

The world's first electric rack railway was a Swiss innovation, introduced near Geneva in 1892 and the implementation of electric railways with overhead cables became commonplace throughout the nation whilst other nations grappled with coal-burning steam locomotives. With the vastly varying terrain and countless lakes (some man-made) and resulting streams, hydroelectric power would become a major, easily obtained and renewable source of electricity in Switzerland which could power the nation's electric railways. In addition, strife during both World Wars put a strain on coal supplies in certain parts of mainland Europe and neutral party Switzerland used this to further the argument for early electrification.

As electrification began to spread during the early 1900s, the need for railways to keep up with ever-faster, evermore powerful locomotives became apparent and for the 1920s, the Rhaetian Railway required something better than the existing Ge 2/4 and 4/6 locomotives. The railways at this stage also had a number of steam locomotives still in operation whereas others were electrified from the start. In 1921, six new Ge 6/6 I locomotives were delivered, followed by a further nine units between then and 1929. These locomotives differed from their box-like predecessors with two hoods extending out from each cab, much like the larger 'Crocodile' locomotives of the Gotthardbahn which has been introduced just a few years earlier. These distinctive 'snouts' gave locomotives built in this style their name and as a result, the Ge 6/6 earned the name 'Rhaetian Crocodile' or 'baby Crocodile' which has endured with railfans ever since.

Amazingly, it was only after an accident in 1974 that the first of these locomotives was withdrawn, having hauled passengers through the mountain passes in some cases for over 50 years. What is more remarkable is that others of its Class continued to serve well into the 1980s and beyond and two units continue to be a draw for railfans and tourists alike. 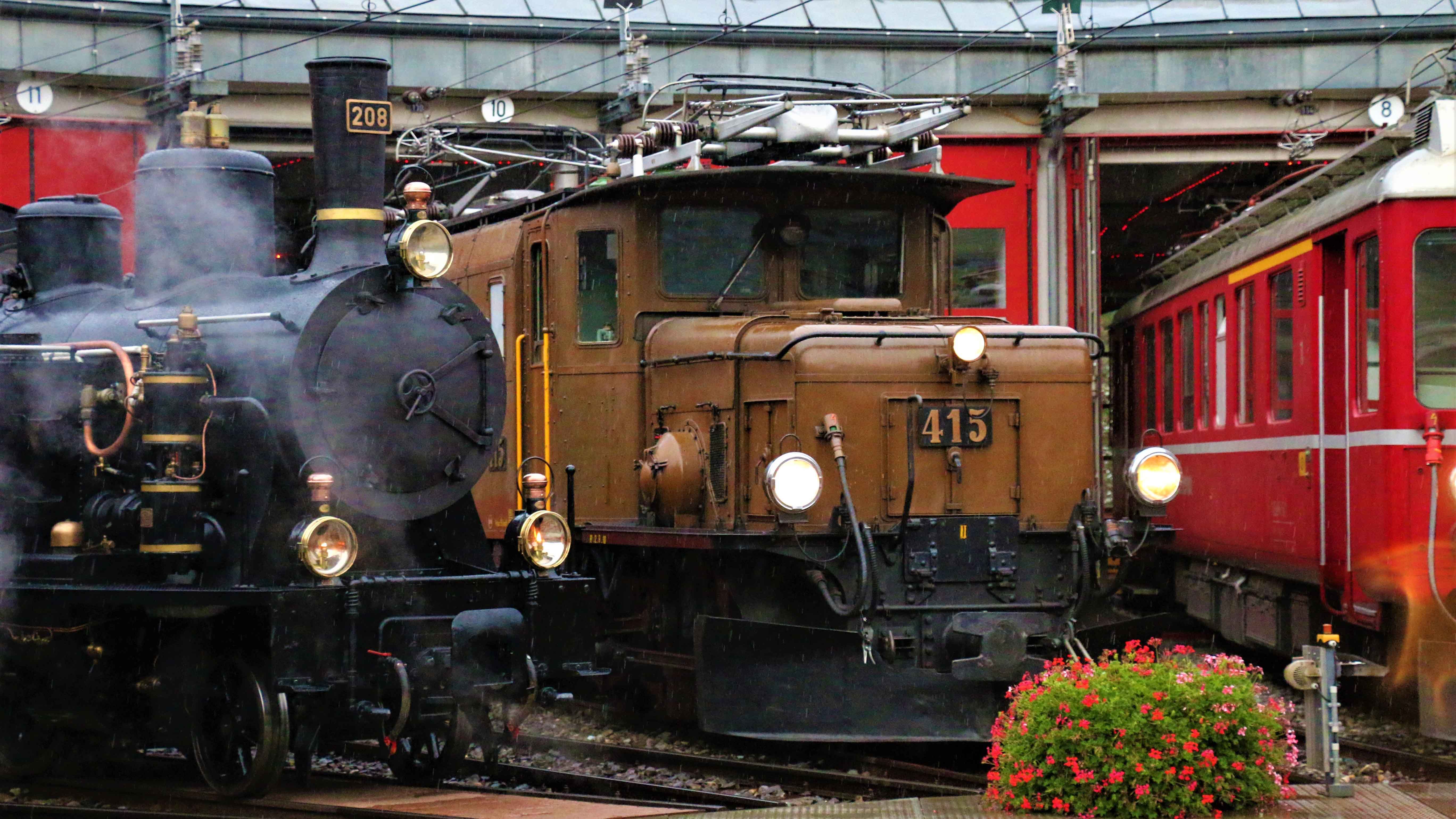 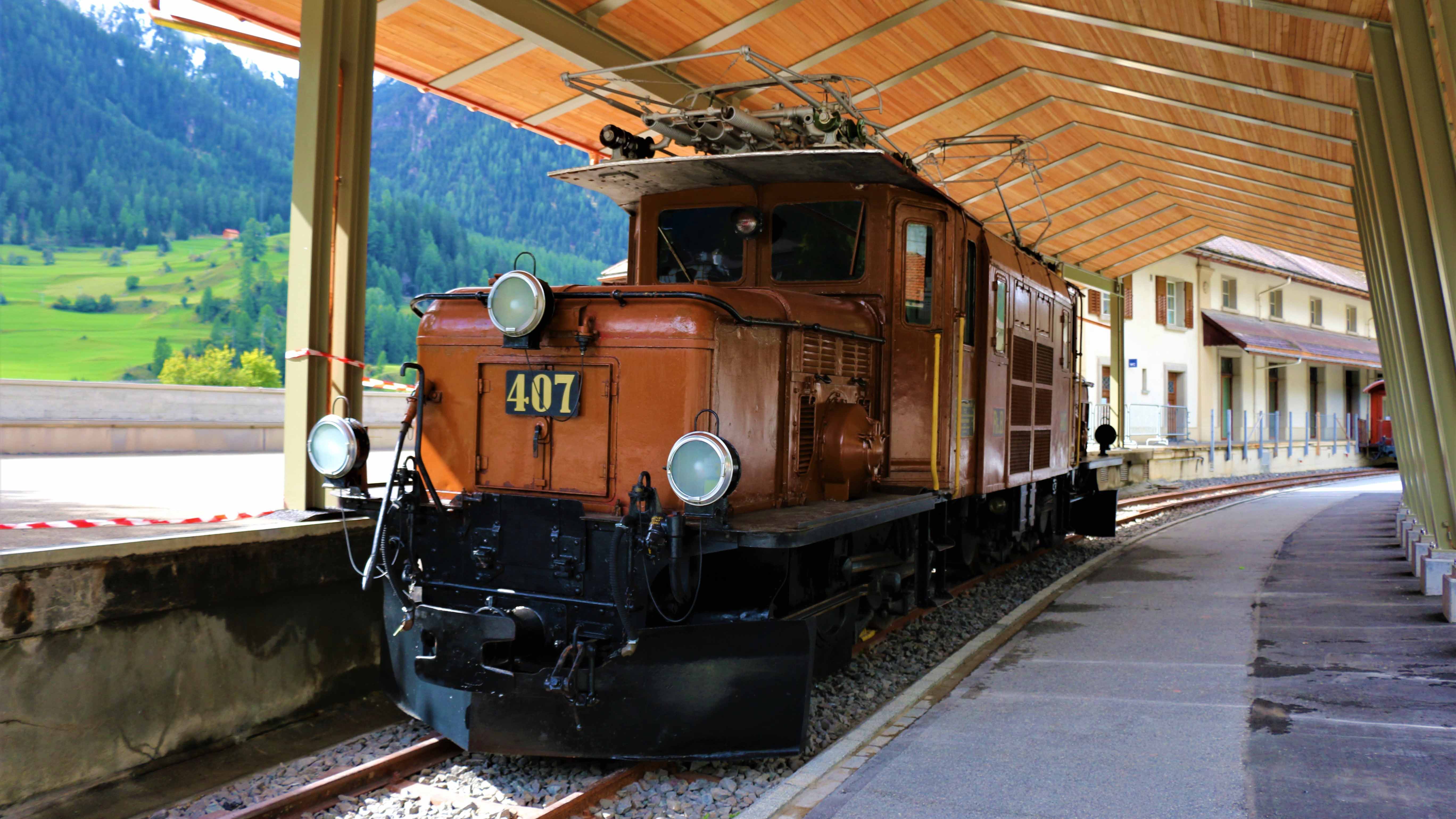 (Above) Kroc 407 sits under the canopy at Bergün Railway Museum. (Below) The cab is used as a simulator in situ at the same location where it has been since 1994. 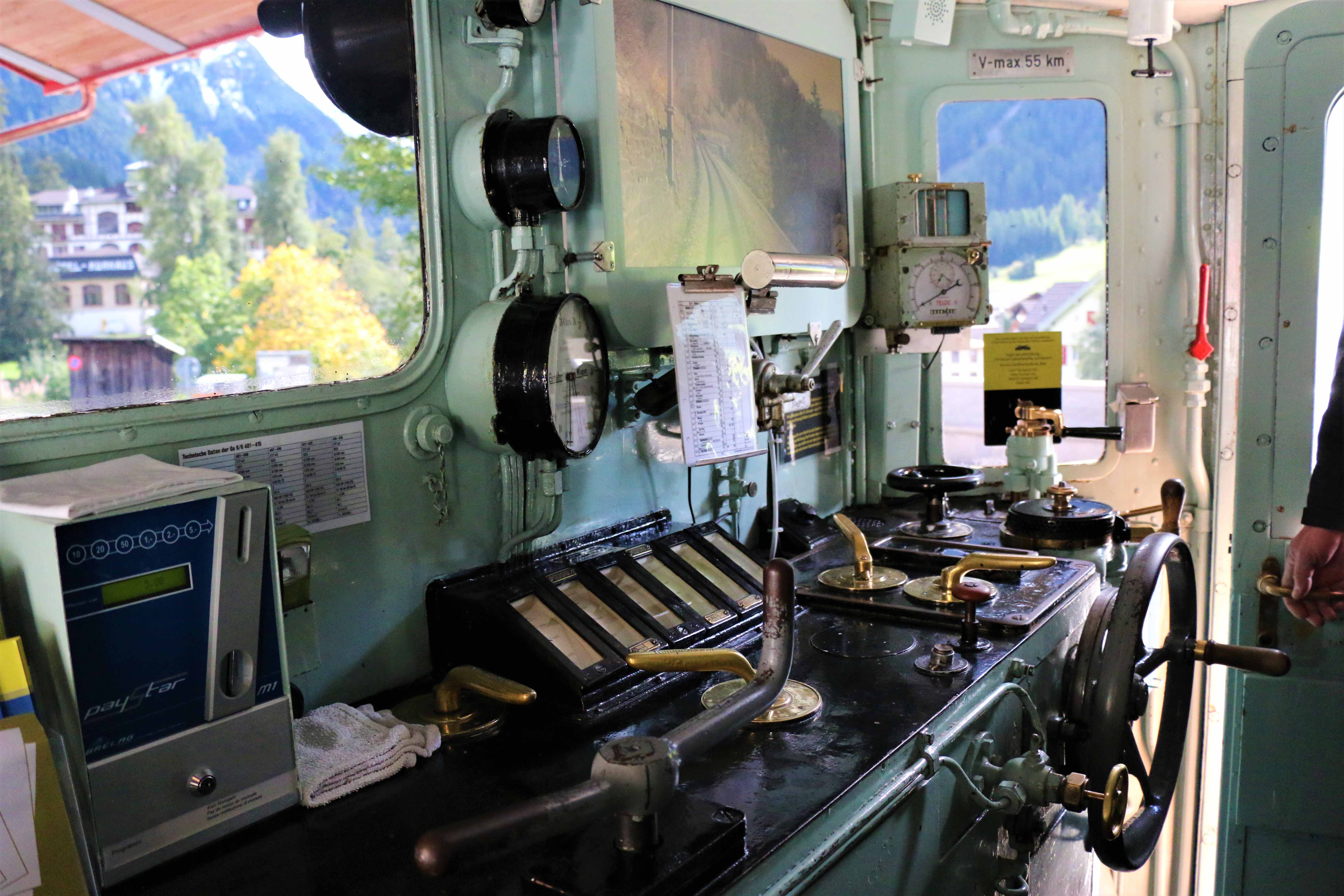 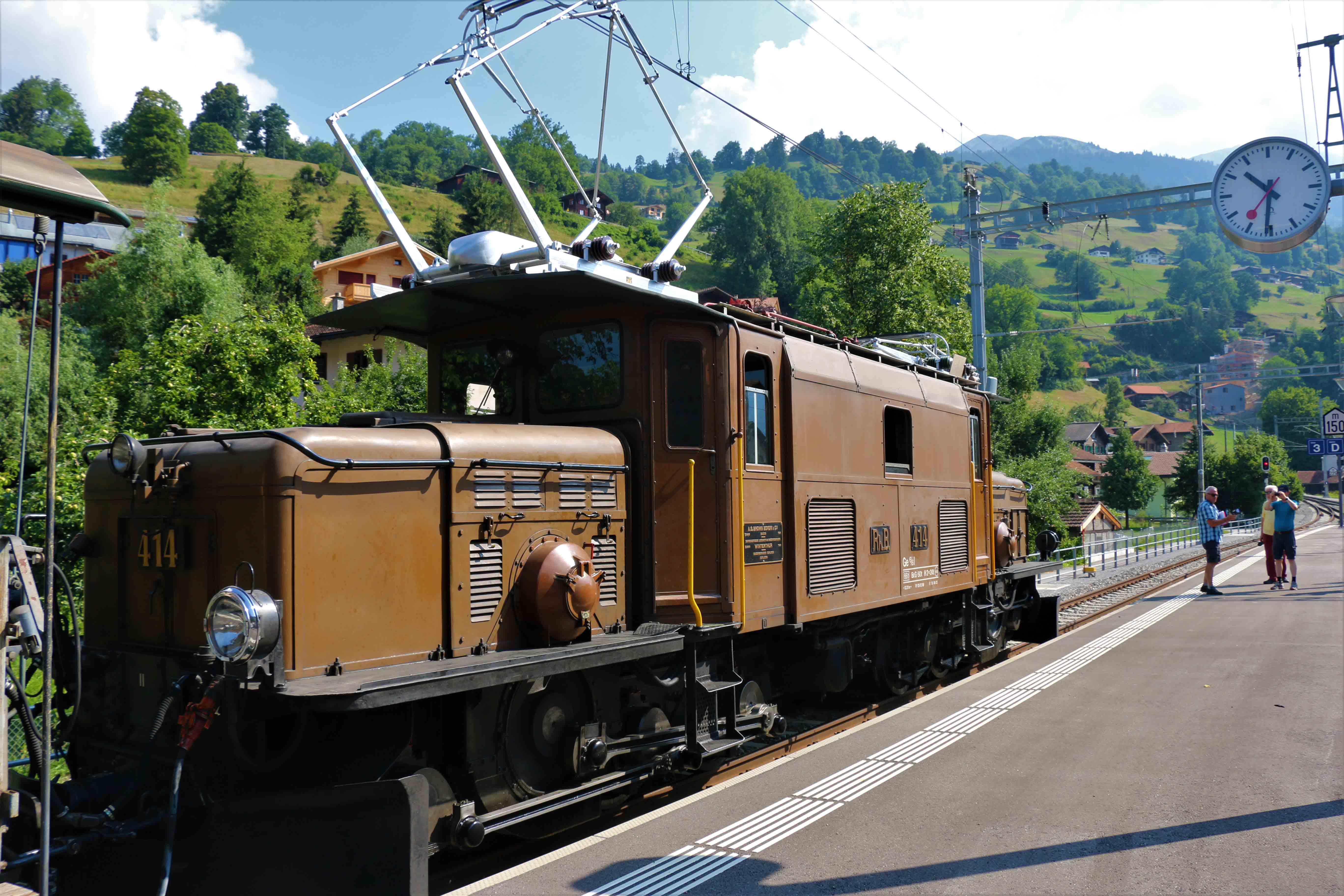 Kroc 414 waits for the road. The only other example to continue in operation. 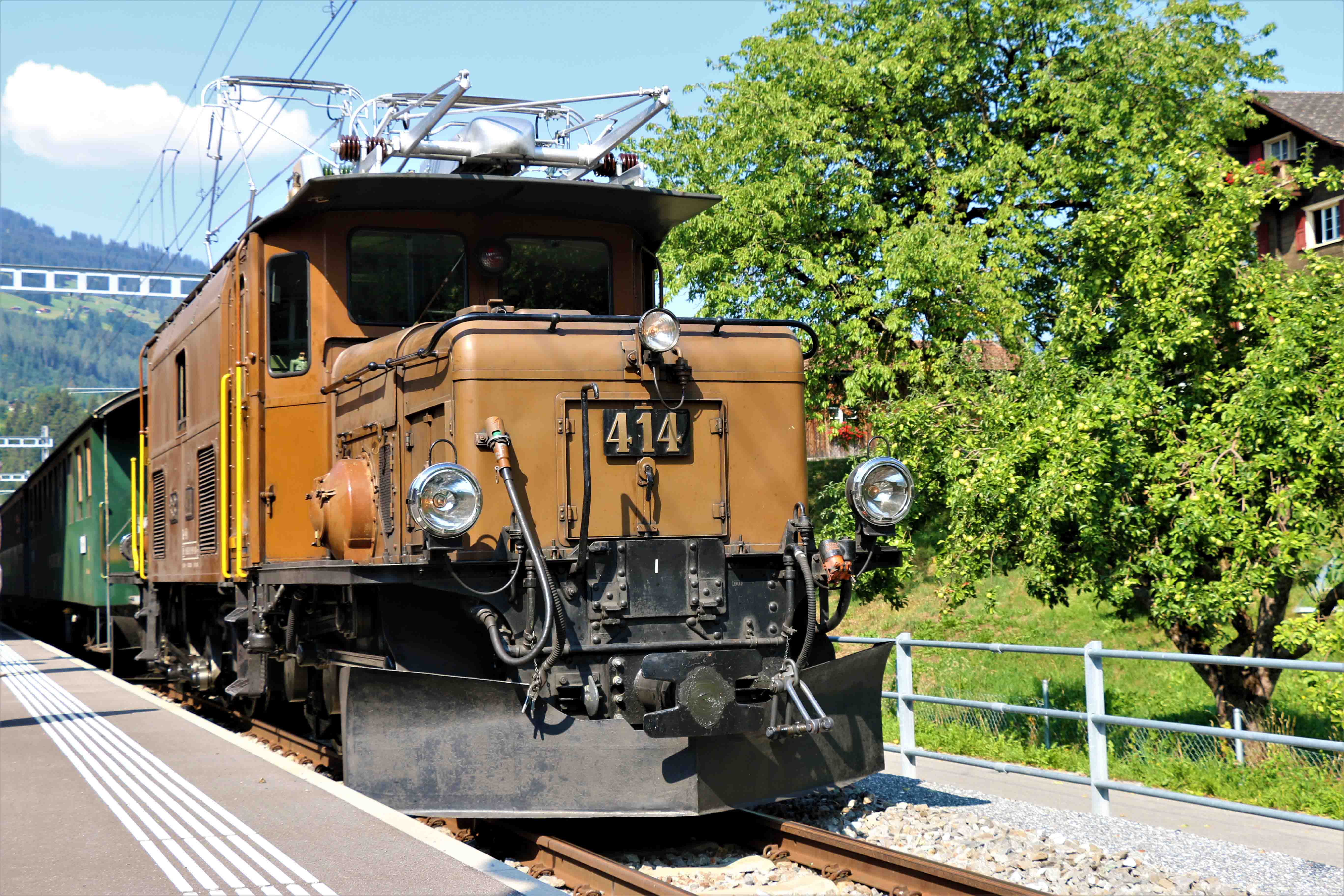 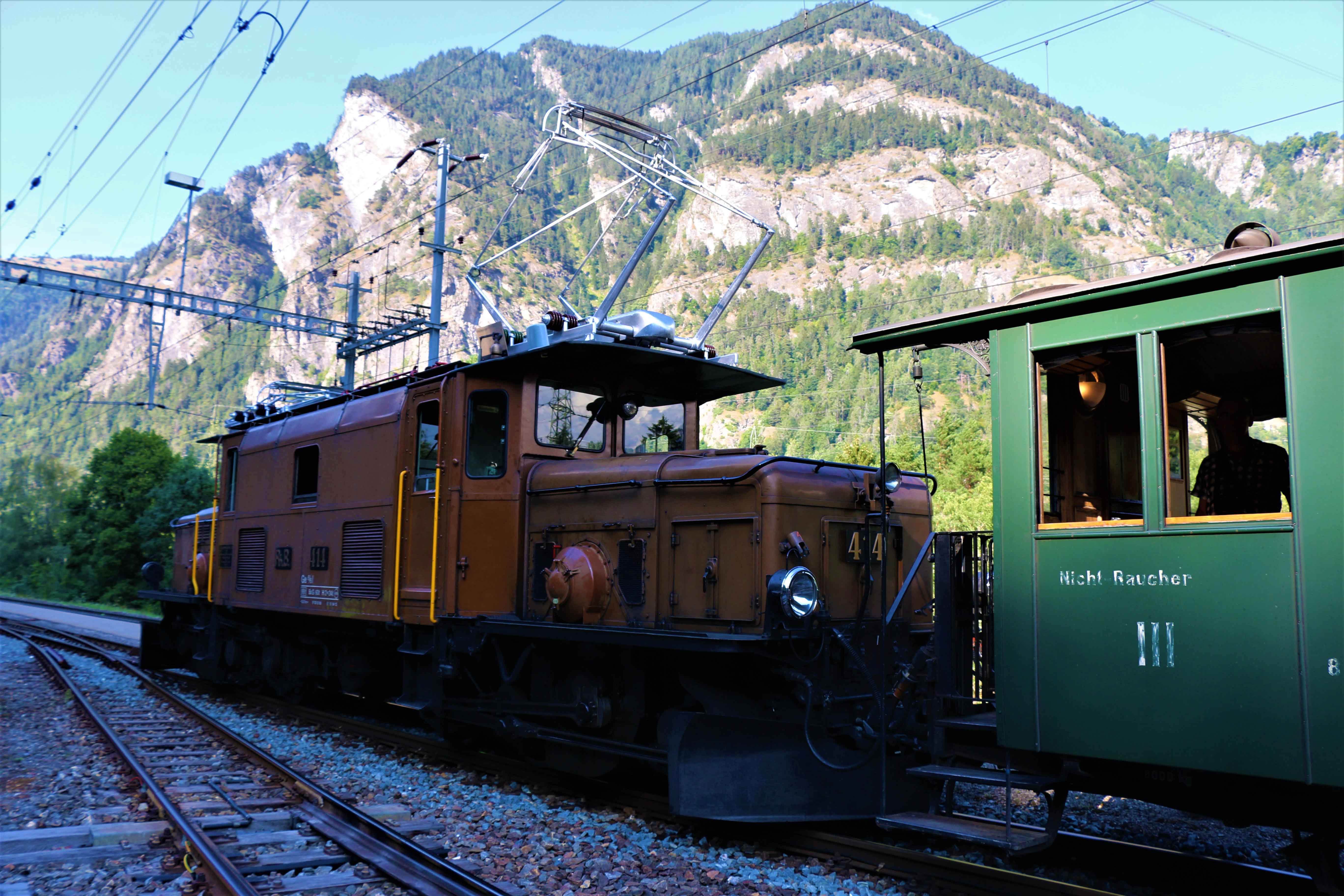 414 at Rothenbrunnen waiting for its path. 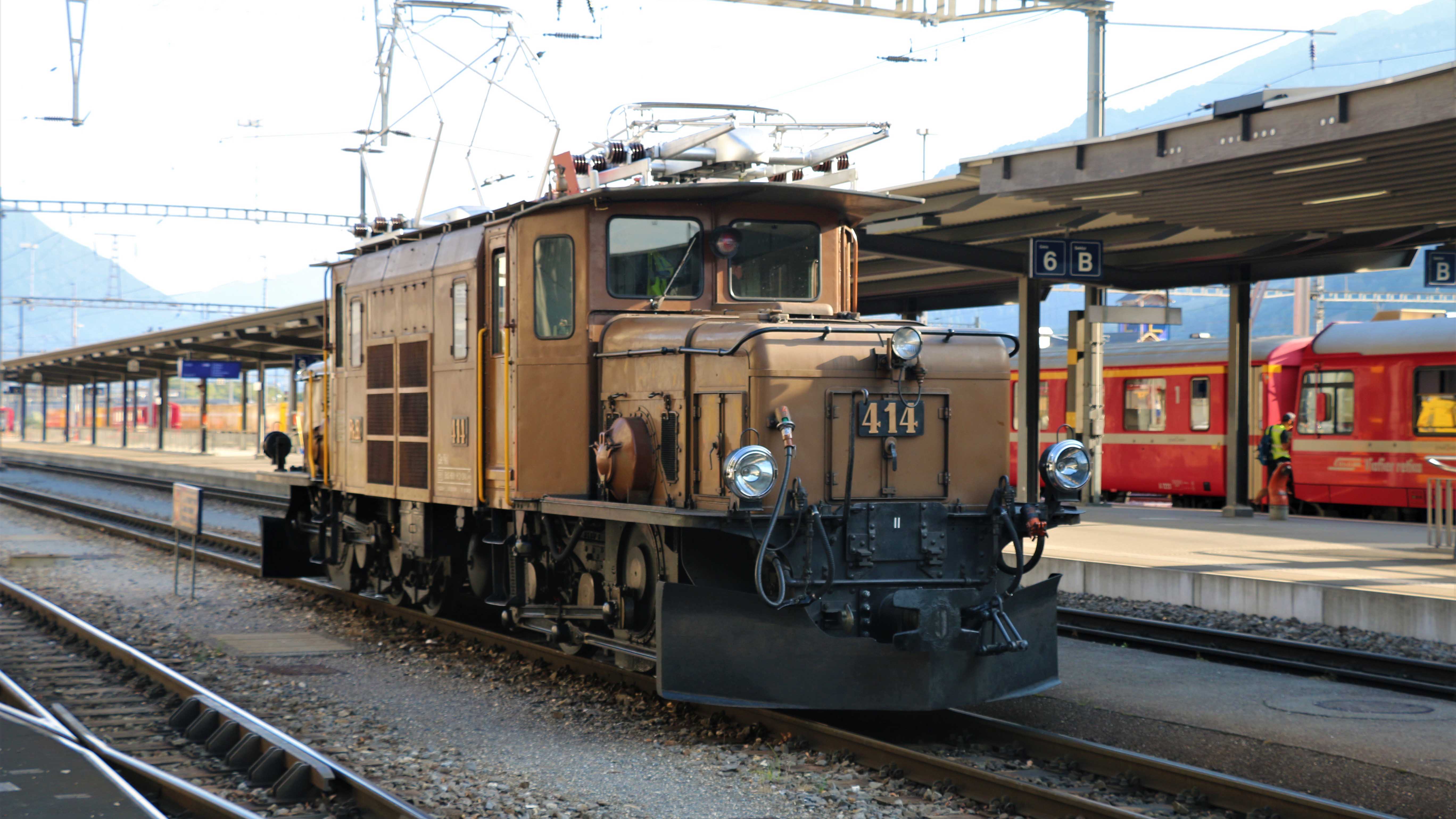 414 waiting to go back to shed at Landquart.

You can see no.414 in action in European Steam's YouTube video below: