Australia's Puffing Billy is back in Steam!

If there is one thing that’s clear when it comes to railways, it’s that railfans exist on every corner of the globe. It’s easy to imagine the vast and complex networks across Europe drawing in enthusiasts, as well as the big, powerful locomotives in the States, but elsewhere in the world there too is huge admiration for modern lines and heritage railways and one of Australia’s most popular heritage lines has just reopened with unanimous support. 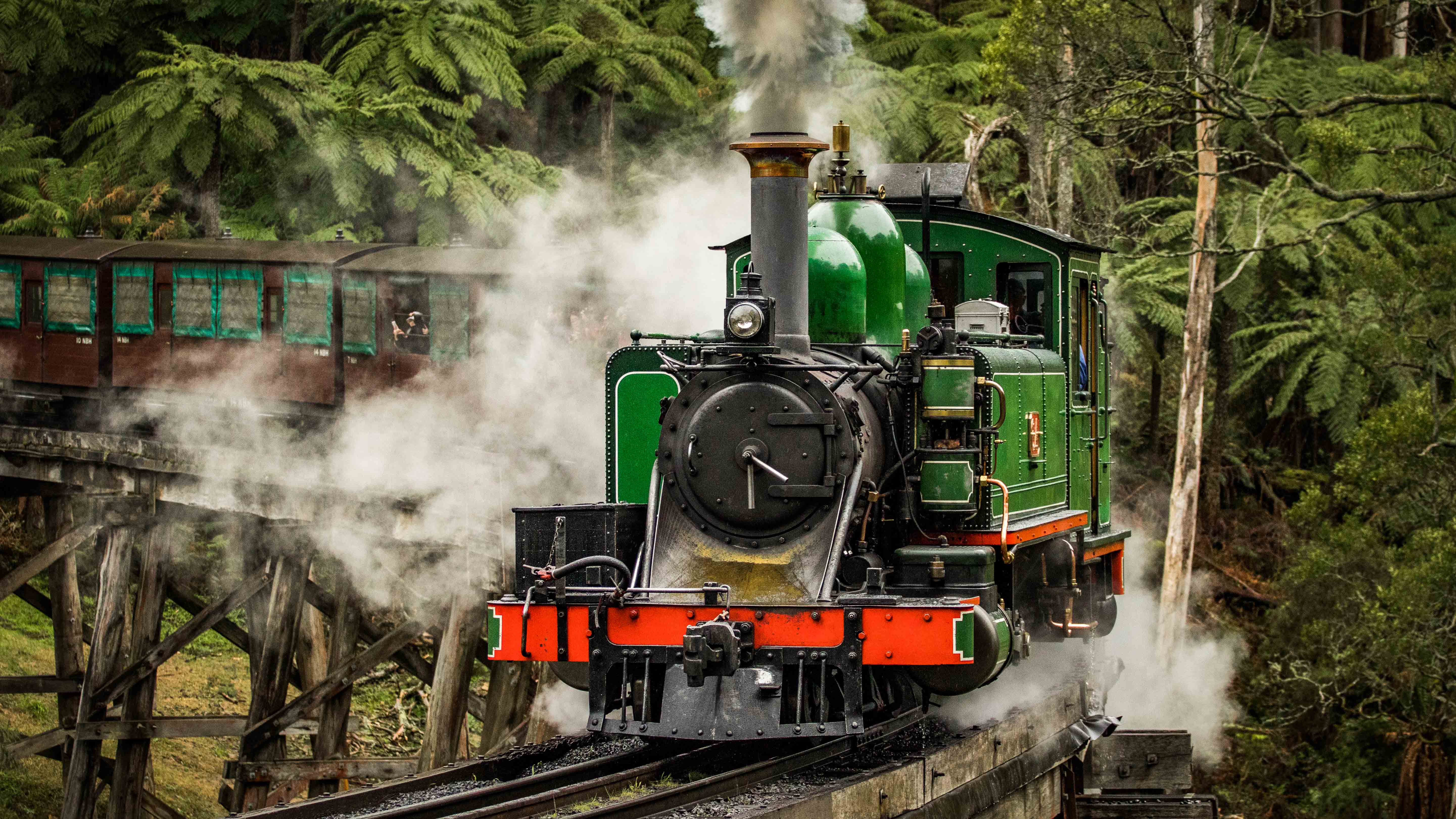 The State of Victoria on Australia’s south-eastern tip had a number of established but isolated settlements by the early 1900s and east of Melbourne, the narrow-gauge Puffing Billy Railway was built to better connect them, proving popular with tourists taking excursions from one of the country’s largest cities. After a landslip curtailed operation in the mid 1950s, a Preservation Group worked with the local Victoria Government to re-establish the line, bypassing the landslip and gradually reopening over subsequent decades. Though trains began to run again as soon as 1962, it was not until 1998 that the full extent of the current line was used, reaching the terminus at Gembrook.

The scenic route was a major draw for passengers during the initial operation of the railway and today this is very much the same. The route passes through a number of Bushland Reserves and the Dandenong Ranges, crossing the impressive Monbulk Creek Trestle Bridge along the way and making much of the fresh air produced by the area’s temperate rainforest environment. Though the survival of the line is very much a result of the modern-day tourism industry, heritage continues to play a huge part of the line’s identity and, for railfans, this is arguably Puffing Billy’s most important element. 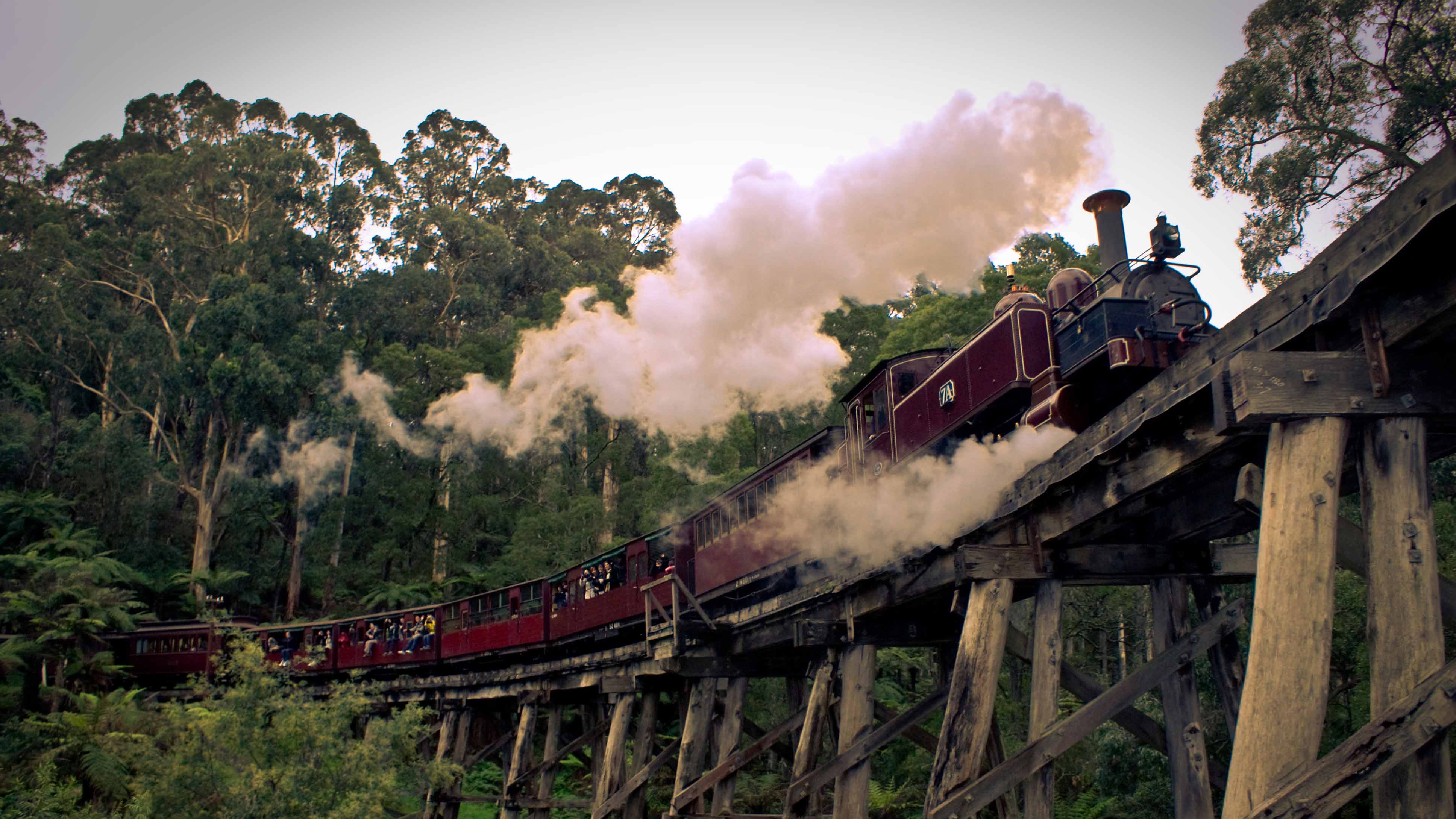 Pulling trains along the line is a fleet of steam locomotives, many of which have come from other lines that were operating in the past. Only the NA Class of Locomotive saw operation on the line prior to the 1950s and a variety of these take to the tracks in a wide range of liveries. These liveries are a stipulated by heritage policy, which aims to represent and uphold historic colour schemes. The fleet also includes a Garrett ‘G’ Class which was restored as recently as 2004, almost 80 years after first being built, in 1926. There’ll be something familiar to railfans from Britain and the USA, with many locomotives equipping cow-catchers like the steam locos of early America and there is even a small Peckett Loco, similar in appearance to that of the Chasewater Railway’s and the miniature locomotives sometimes seen at the Beer Heights Light Railway in England. 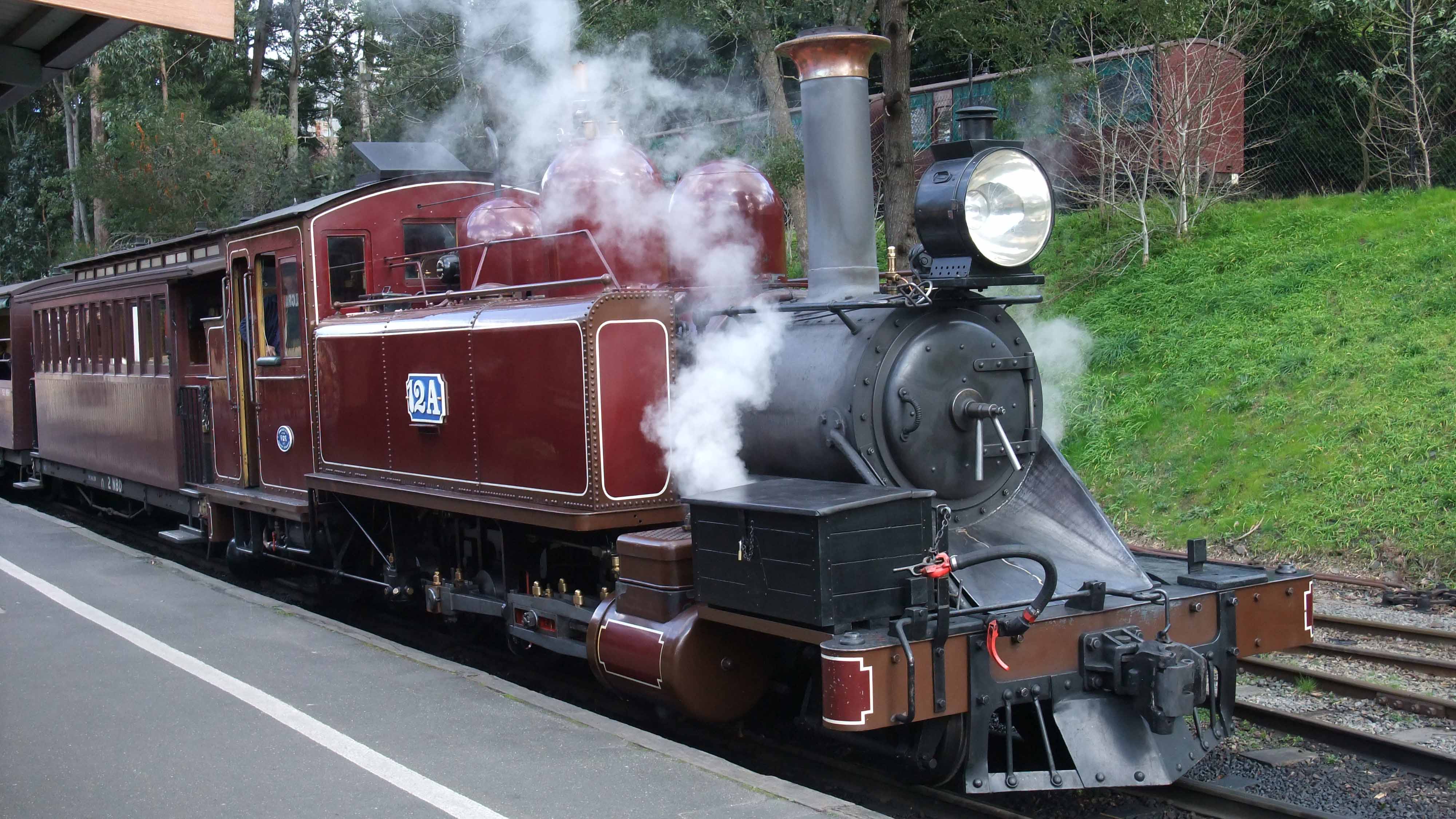 Locomotive 12A at Belgrave Station. Photo by Lankyrider CC-BY-SA 4.0

As with many heritage railways across the globe, 2020 has been a tough year. Australia took a hard and early stance on containing Coronavirus, frequently scoring low in the number of both cases and deaths, but businesses have taken a huge hit as a result and the Puffing Billy Railway remained closed for 250 days – the longest period since the 1950s and 60s. On 28th November however, after ensuring that their offering could be watertight as far as COVID-safety is concerned, the railway reopened to passengers. The private carriage option will no doubt see an increase in popularity, ensuring separation from other passengers for up to 10 people, ideal for a special occasion. The railway is also complemented by its museum and catering offerings during the height of the Australian summer, adding more to the Puffing Billy experience.

Perhaps more importantly, railfans ‘down under’ will once again be able to enjoy seeing the selection of narrow-gauge trains run through the Bush Reserves, bringing joy to locals and tourists alike at the end of a tough year for the leisure industry. You find out more about the Puffing Billy Railway and their offerings here. 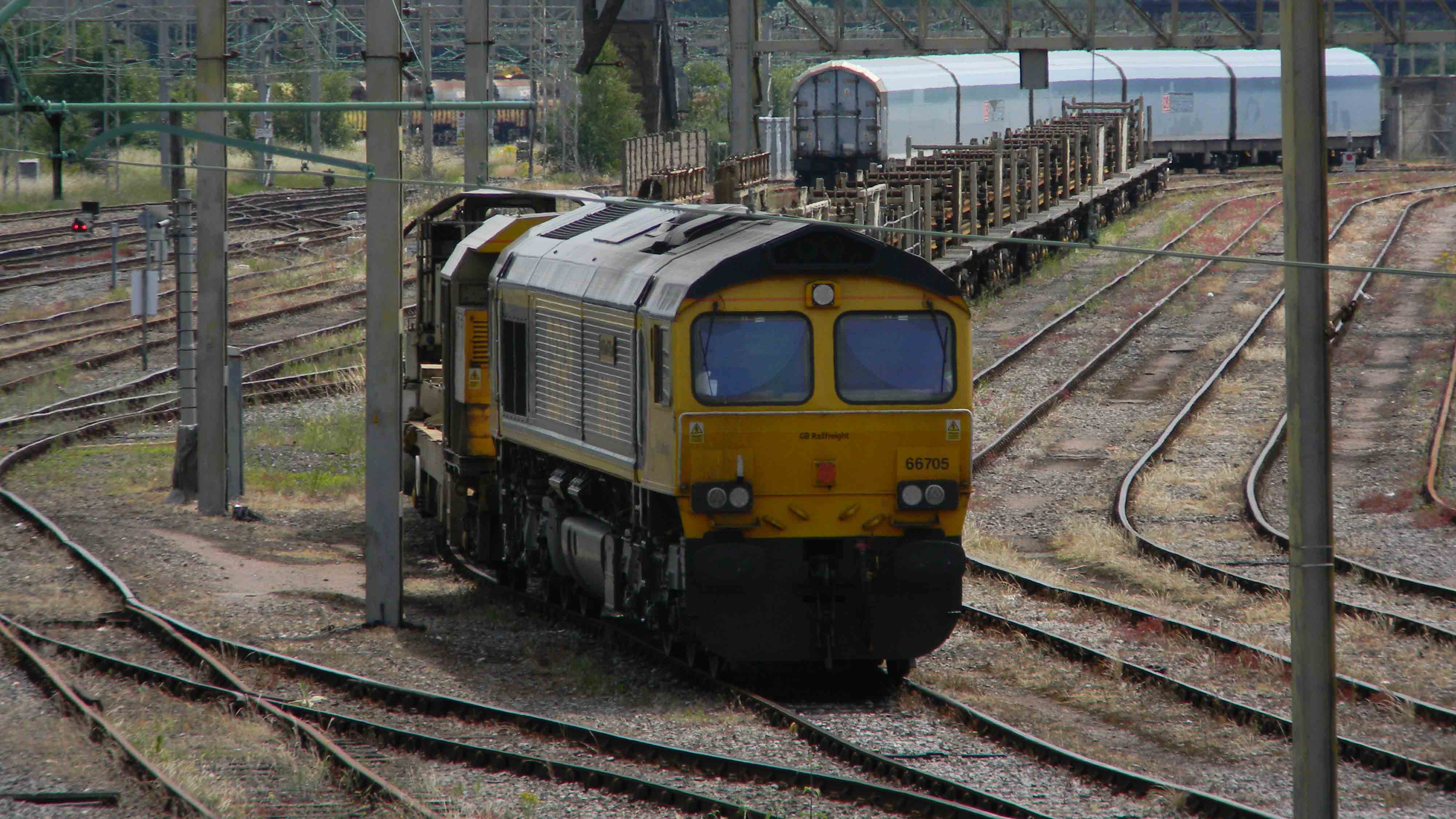