Last month, We Are Railfans asked you to identify a selection of images taken by an anonymous railfan in the late 1980s and the feedback was fantastic! One image depicted a green and white tram looking worn and well-used as it trundled through a major city. With help from our followers on Facebook, this was identified as the wider Cairo tram network in Egypt, which sadly has since been taken up and removed. Here are some more photos from that part of the archive and some history behind Cairo's lost tramways.

All photographs courtesy of We Are Railfans, by an unknown photographer. Click here to learn more about the archive and help identify more images from within it. 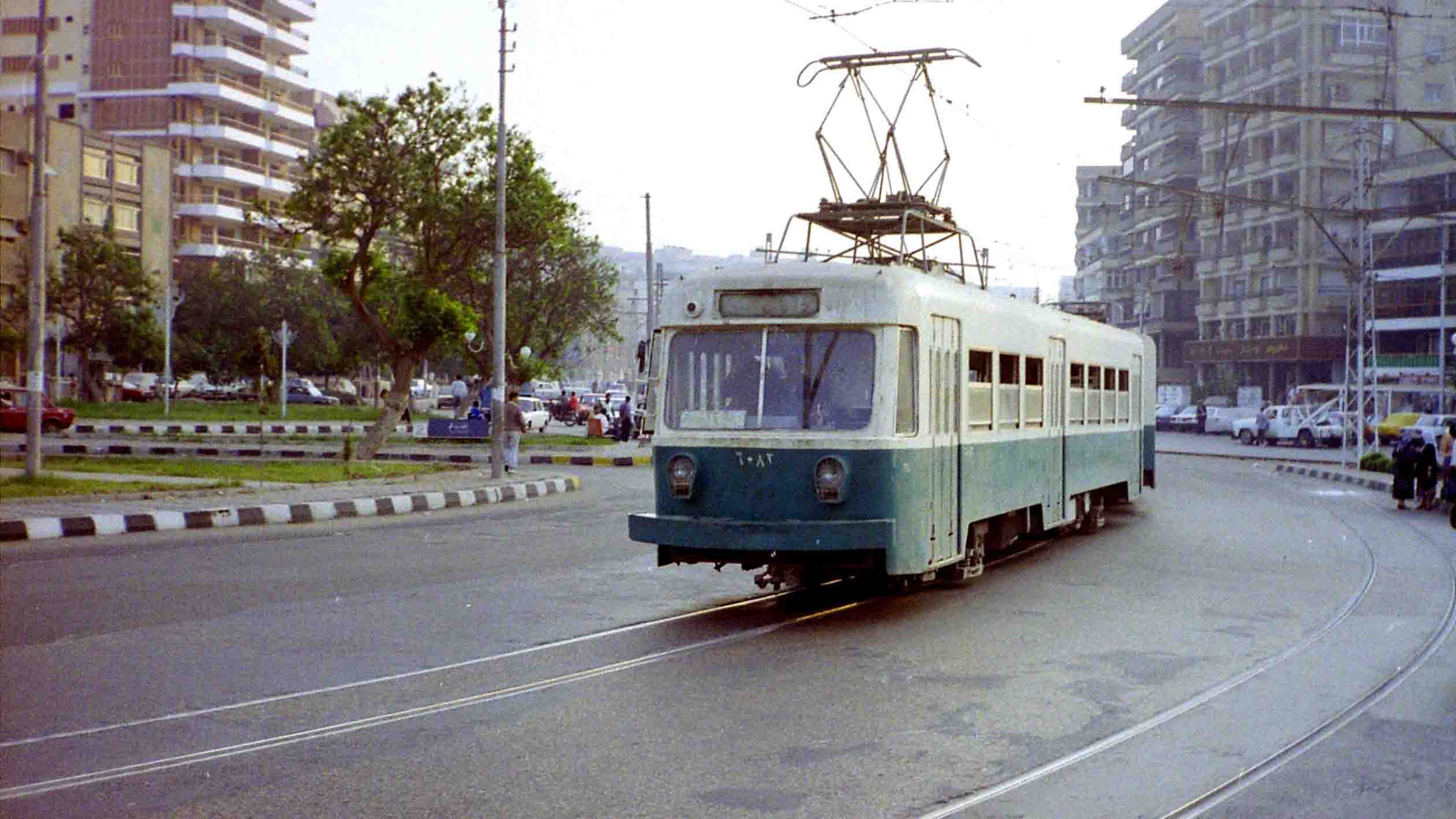 This image was featured in our previous article and identified by Jamie via Facebook as Cairo. Following further research, it is possible that this is either Helwan or Heliopolis, both areas on the outskirts of Cairo.

Cairo's tramway origins date back to 1894, by which time Egypt had fallen under British rule. Despite this, the infrastructure for the transport systems were largely in French and Arabic, with the former harking back to previous occupation by France and the fact that the original tramway was owned by a large Belgian tramway company. As the lines were extended and developed, a route was even laid through to the famous Pyramids at Giza but this was closed in 1957. The outlying town of Heliopolis was joined to the system in around 1908.

By the 1970s, Egypt had become a self-governed state and elected to focus more on accommodating automobiles in its towns and cities, marking the start of a decline in Cairo's tramways. At its peak, the system in and around Cairo was thought to have been the largest in Africa. The ageing Belgian rolling stock was soon replaced by Japanese tram units, either imported or built locally to a Japanese design. Various models of the Kinki Sharyo trams were used exclusively on routes to Helwan, south of Cairo and Heliopolis and this suggests that some of the photos from our anonymous archive may in fact have been taken in these areas.

Eventually, lines in the centre of Cairo were removed in favour of roads and the photographs featured here are most likely from a period in the 1980s whereby only the Helwan and Heliopolis sections were in operation. Over time, overhead wires were removed by both authorities and the public and what remained of the routes was taken away bit by bit following the 2011 revolution. In 2019, the last of Cairo's trams ran for the final time and most of the rails had been removed. The fate of the tram units is not known. These photographs are arguably a useful record of life in Cairo's suburbs in the late 1980s and, for transport enthusiasts, a vital source of imagery. 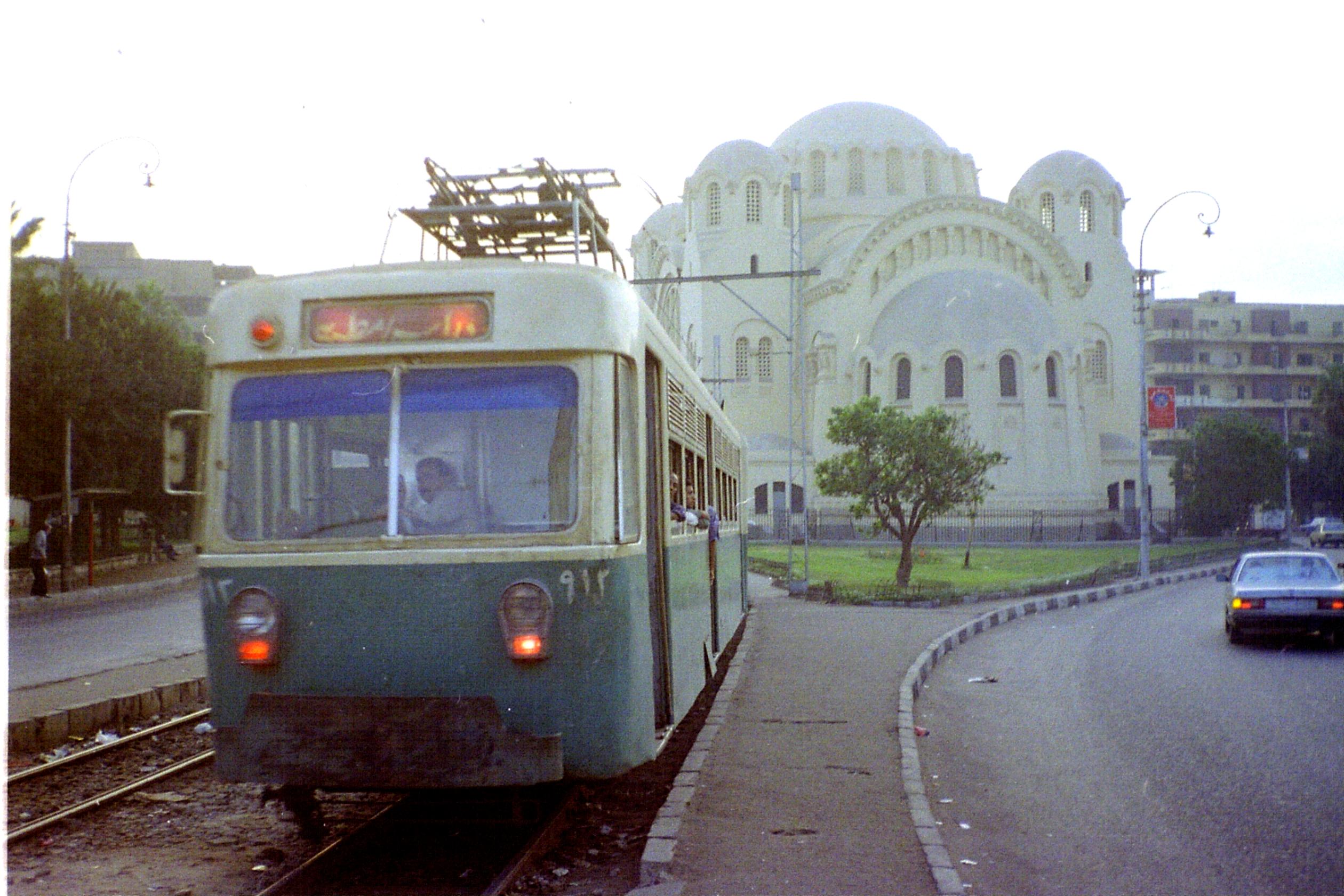 These two images (above & below) show the Our Lady of Heliopolis Co-Cathedral and the Japanese trams used on the lines in this area of Cairo's periphery. Interesting to note that there is someone in the rear cab of the tram. 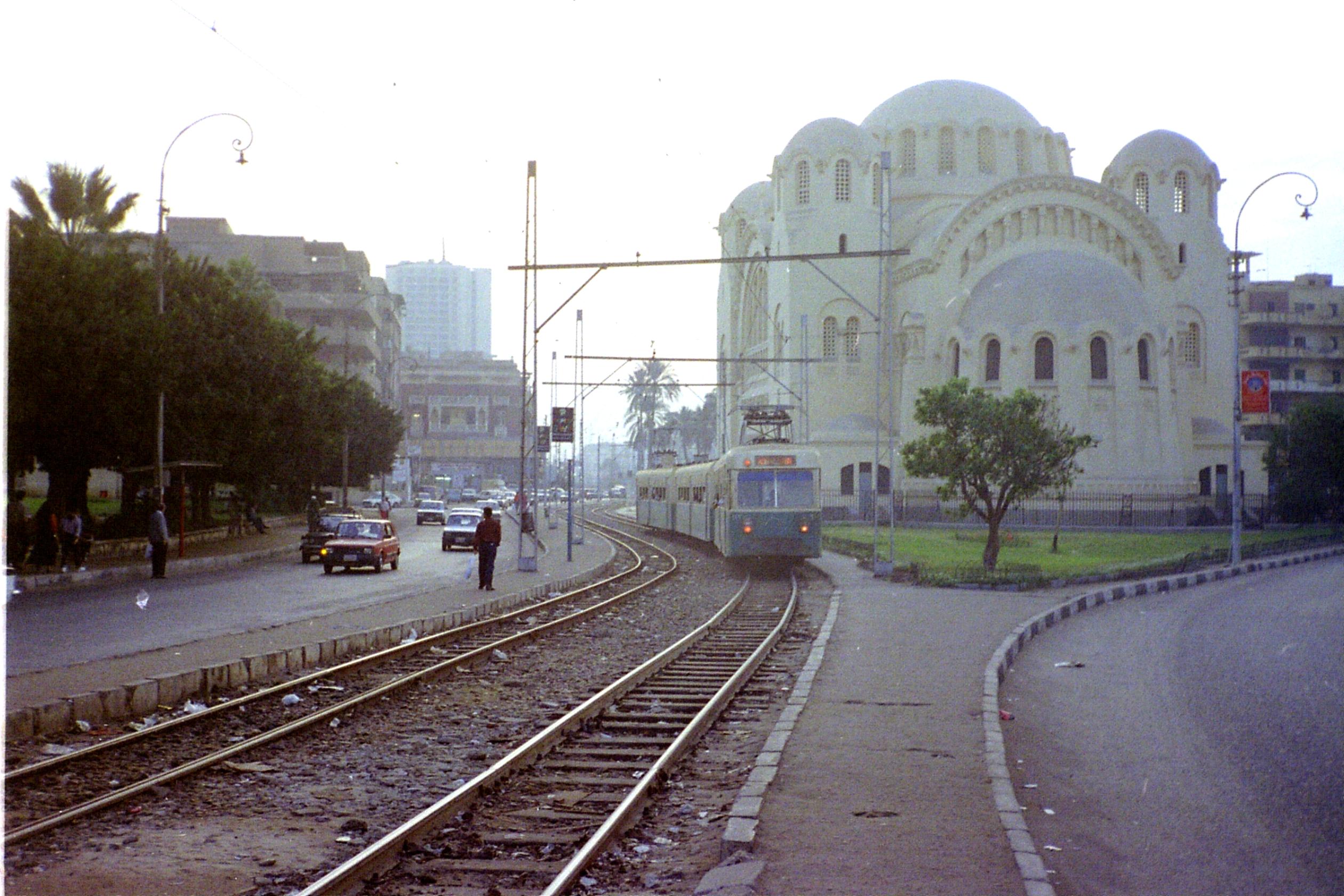 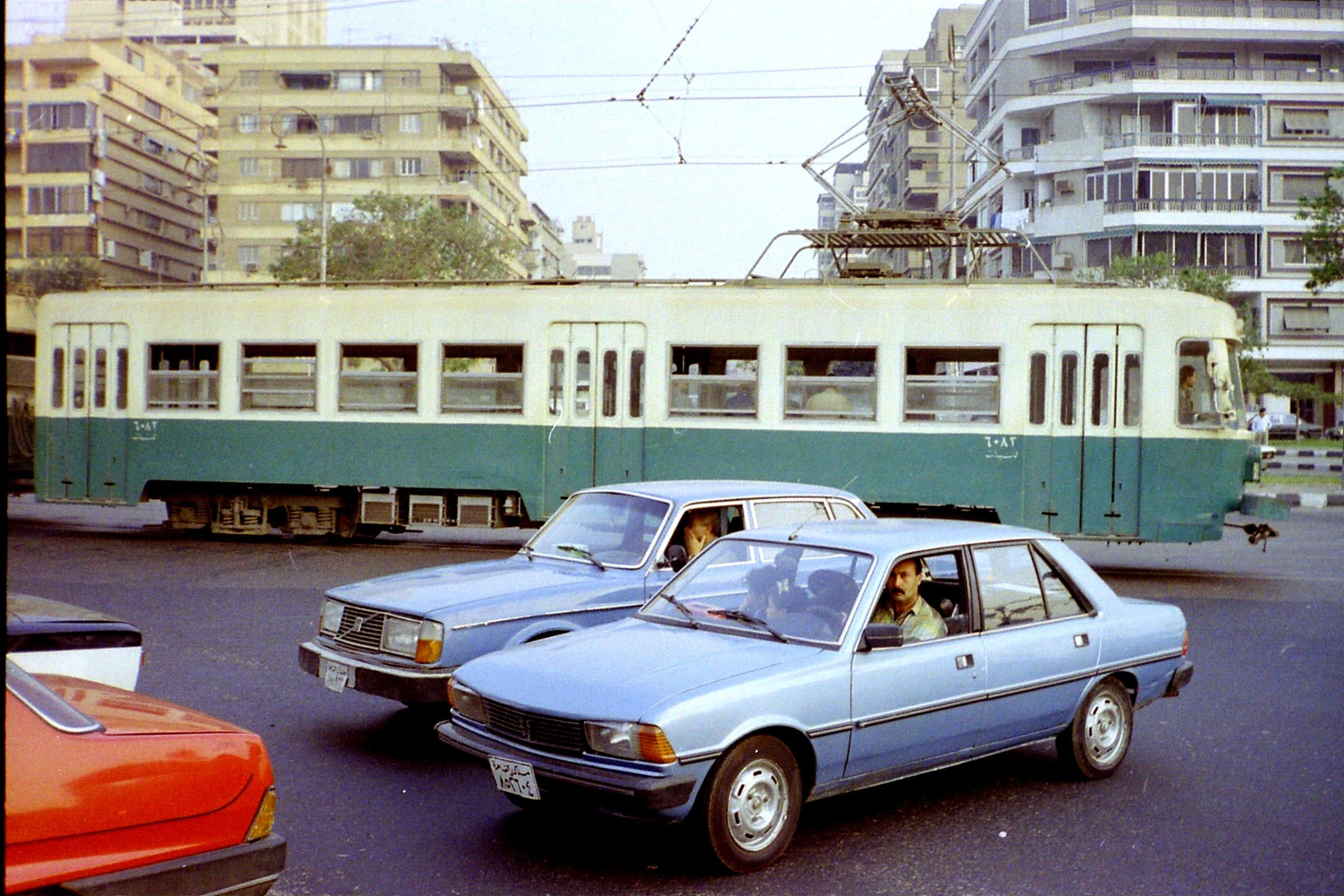 As time moved on, the battle for transport supremacy fell in favour of the car. Here (above) a Peugoet and Volvo drive alongside another of the green and white Japanese trams. 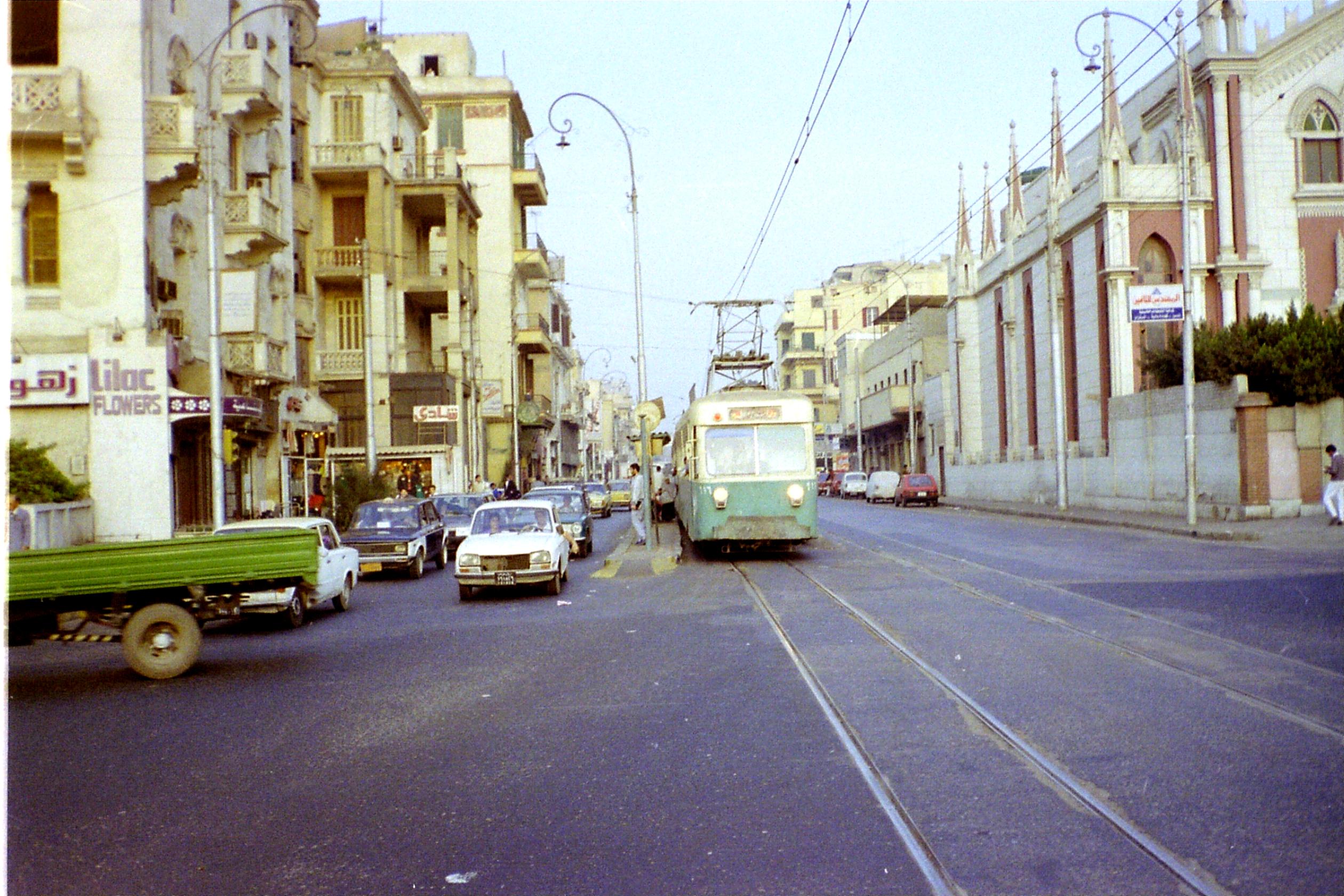 Here (above), a tram runs past the St. Rita Maronite Church, Heliopolis and alongside the road traffic that would eventually signal the end of the tram system. 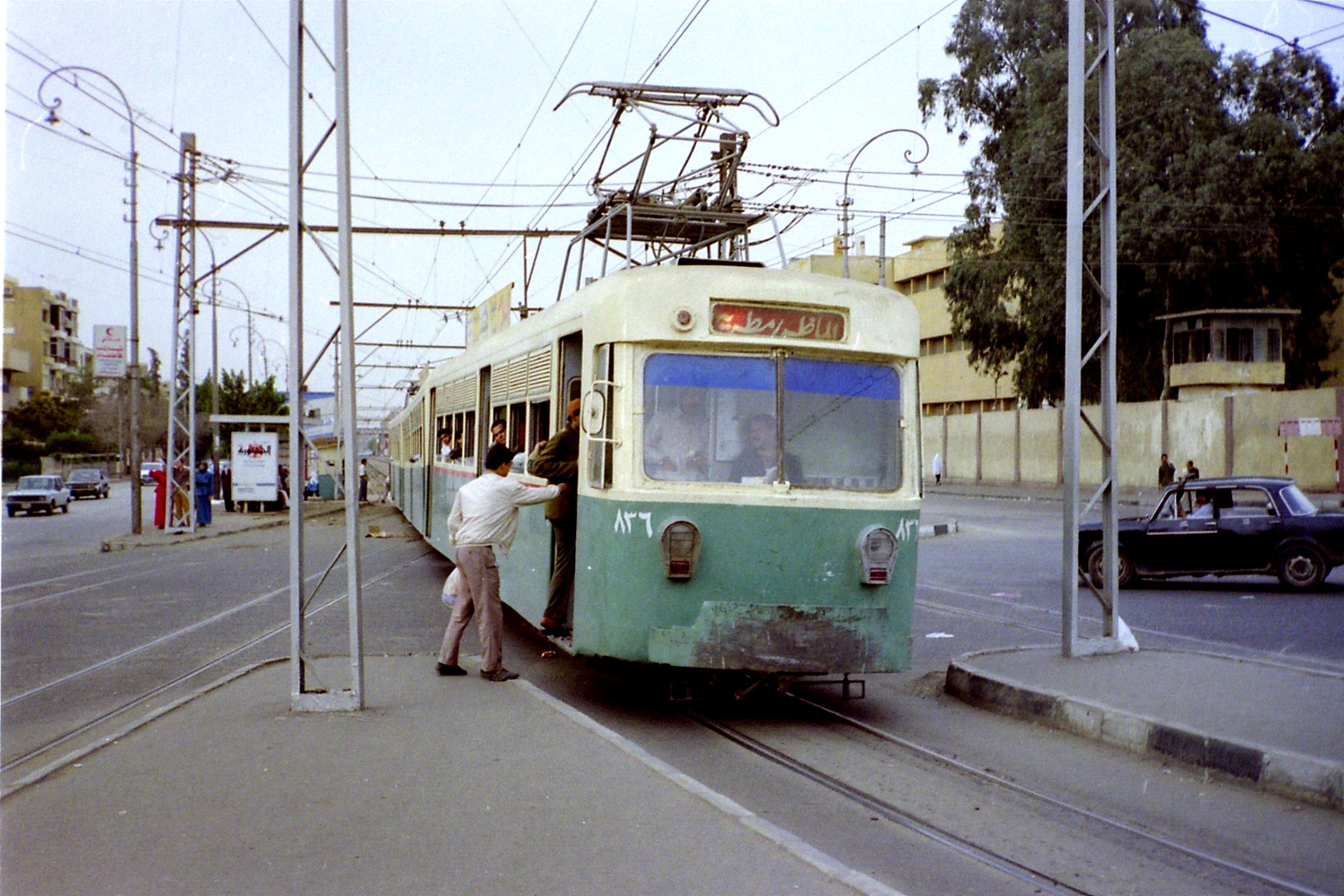 Kinki Sharyo have been making railroad vehicles since the 1920s, firstly as Tanaka Rolling Stock Works and then under the current name from 1945. As well as the trams used in Egypt, they have made equipment for railways and tramways in Qatar, the UAE, Singapore and even metro lines in the USA including Boston's MBTA, the LA Metro and New Jersey's Hudson-Bergen Light Rail. Those used in Heliopolis, as seen here (above), varied in series between the 600 and 1100, built from 1962 through to the 1980s. 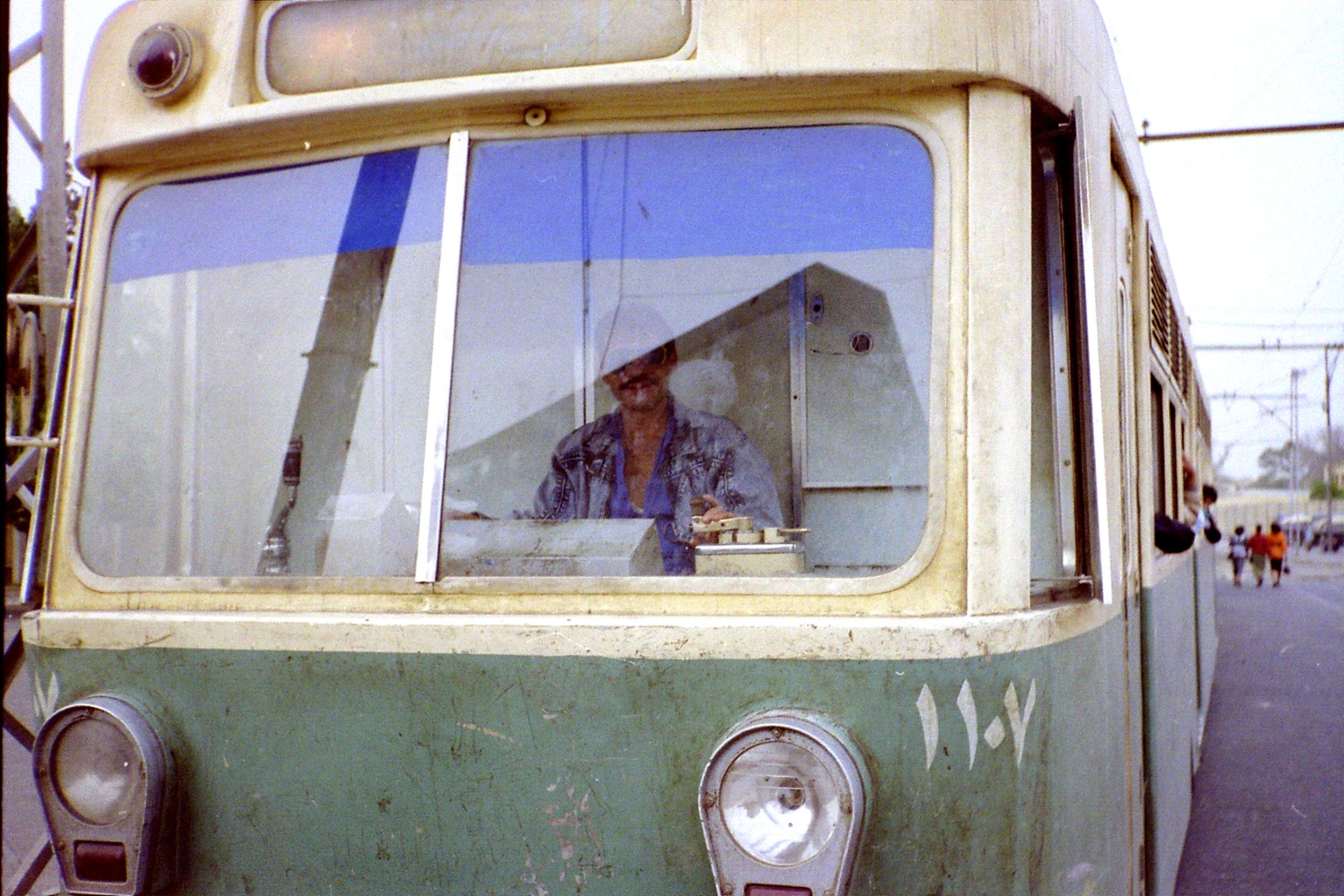 Smiles all around from this driver, during better days for the tram network. 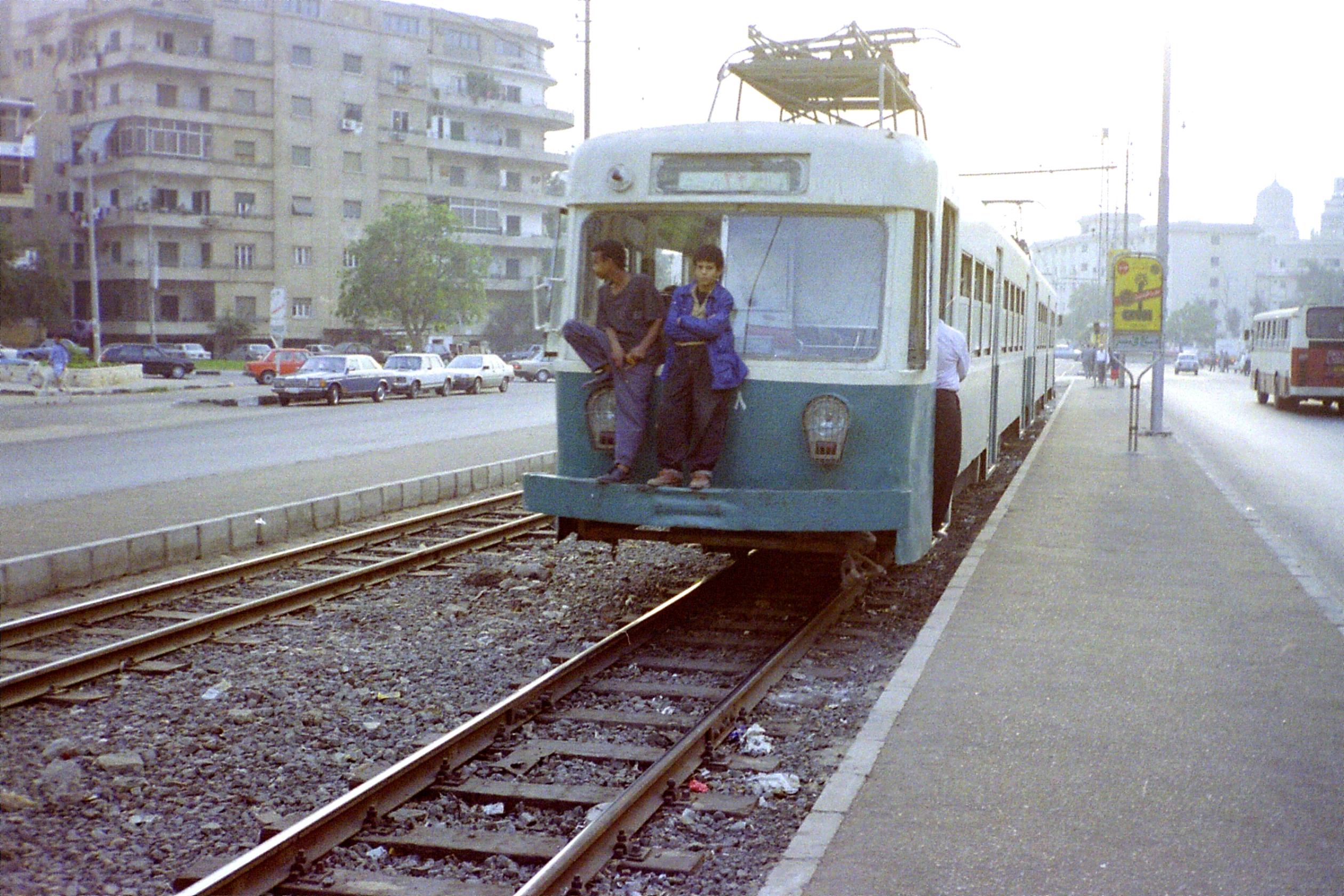 Scenes like this (above) would horrify both railfans and the authorities today, but were commonplace on Cairo's trams during the 1980s. A number of photographs in the archive show young fare-dodgers, risking their lives for a free trip in and out of the city. A policeman either doesn't notice, doesn't care or turns a blind eye to the risk-takers behind him (below). 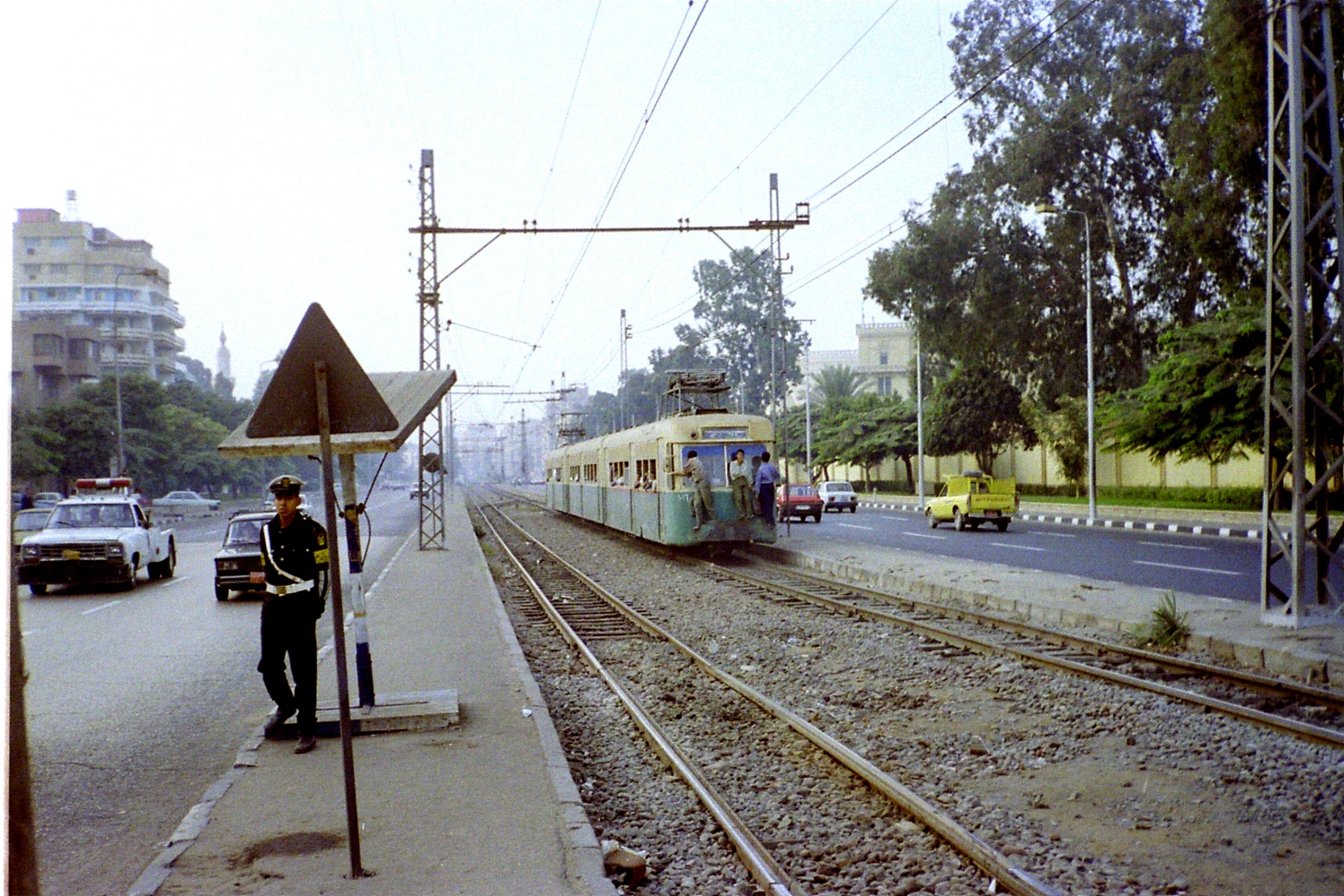