A rail link between San Francisco and India?

Across the globe, rail is used to link nations together and allows passengers and freight alike to cross borders in pursuit of trade, tourism and interconnectivity. But the link between nations does not always have to be a physical one and perhaps a lesser-known connection is that of rail in the San Francisco Bay Area and India, some 8,000 miles away.

The connection, or relationship that these two areas have is all to do with gauge; the distance between the rails. India (as well as neighbouring Bangladesh, Nepal and Pakistan) uses the 5 ft 6 in broad gauge across most of their network, differing from large parts of Europe and the USA, that use standard gauge at 4 ft 8½ in. However, the Bay Area Rapid Transit (BART) which covers large parts of San Francisco, remains the only major line in the USA to also run broad gauge, making it very unusual in terms of its infrastructure and rolling stock. 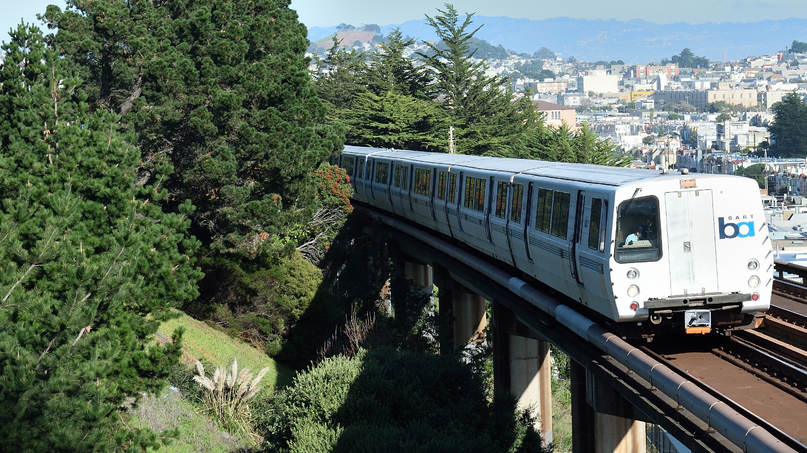 Broad gauge, sometimes called Indian gauge because of its use there, has seen use in pretty much every part of the world at one time or another since the 19th century. In fact, whilst BART is the only current major user of the gauge in the States, it had previously been used across North America and Canada where it was known as Provincial gauge. North eastern states of the USA implemented broad gauge until the 1870s when most lines across New Hampshire, Vermont and Maine became standard gauge along with railroads further south in New Orleans and Texas.

Things worked quite the opposite in India, which until the 1850s was using standard gauge across its freight lines before beginning to lay broad gauge across most of its routes to date. In some cases, railways went from being narrow gauge to broad gauge, drastically changing the type of locomotives and services that ran along the line. 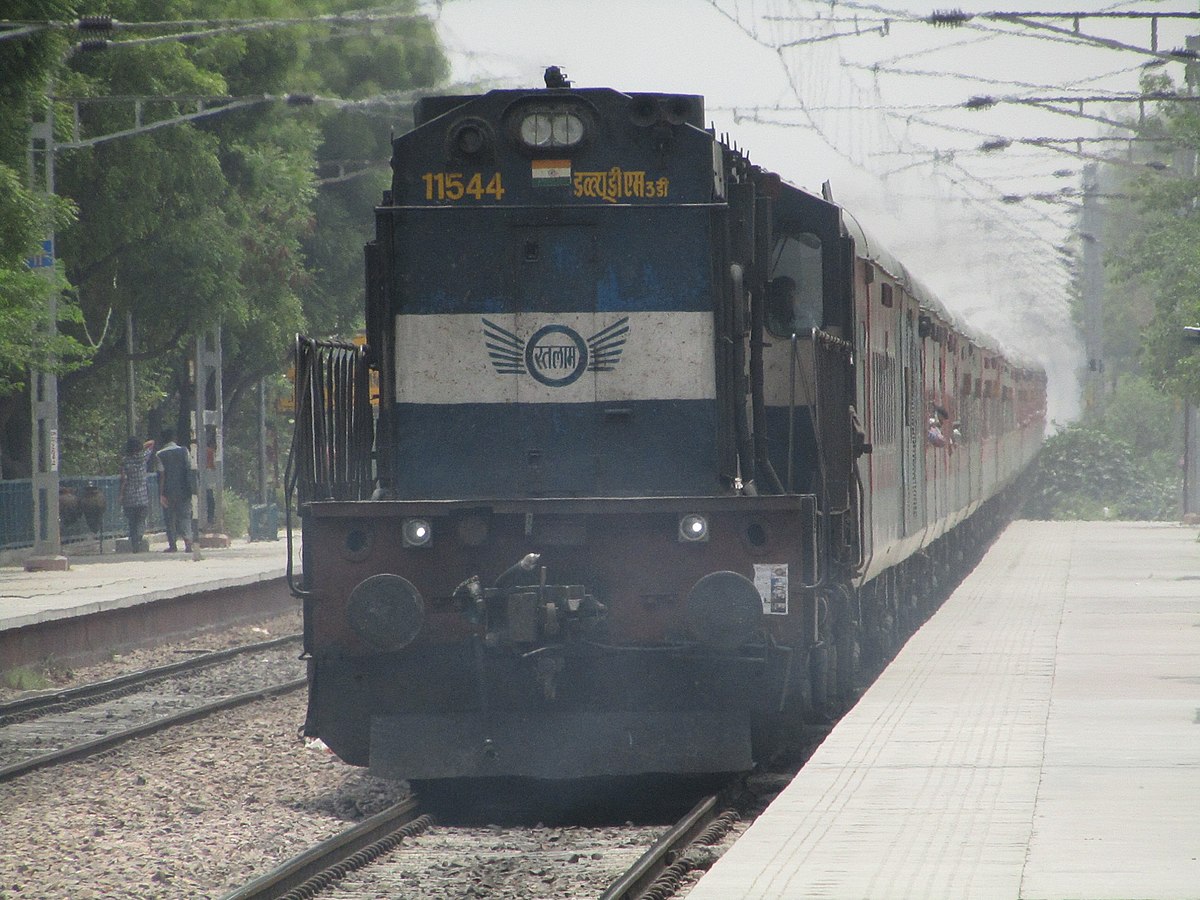 The aesthetic of broad gauge makes relevant lines look decidedly more imposing when seen in platform or amongst close, urban settings with people, cars and other features providing a sense of scale. On the contrary, in wide open spaces, rolling stock can sometimes look ‘squished’ or flattened as their bodies reach out to both rails. San Francisco’s BART exemplifies this and the boxy consists look noticeably different to other standard gauge transit systems across cities of the USA. Similarly, the locomotives used across India have a noticeable width increase over other units elsewhere in the world. 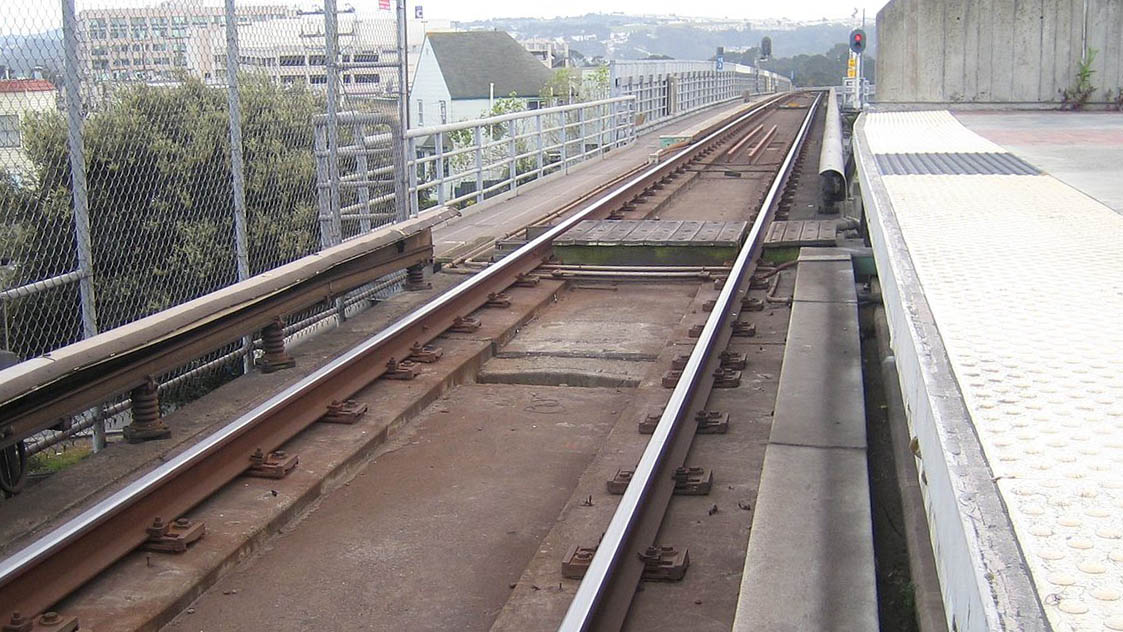 The width of the BART track can be seen clearly in this photo by Lensovet / NativeForeigner. CC-BY-NC 3.0

So why is this the case? Why does BART follow through with broad gauge in the same vein as India? Interestingly, this has created some debate. A number of sources cite the desire for a railroad monopoly in maintenance and rolling stock prompting the change to broad gauge from the originally planned standard gauge. By being ‘unique’, contracts of ongoing maintenance and the replacement and upkeep of infrastructure would need to be handled by the same companies, whereas standard gauge would have opened the line up to competition. Others, including BART themselves, suggest it was to prevent the line being utilised by freight services of Union Pacific and keeping it solely for the use of passenger trains. 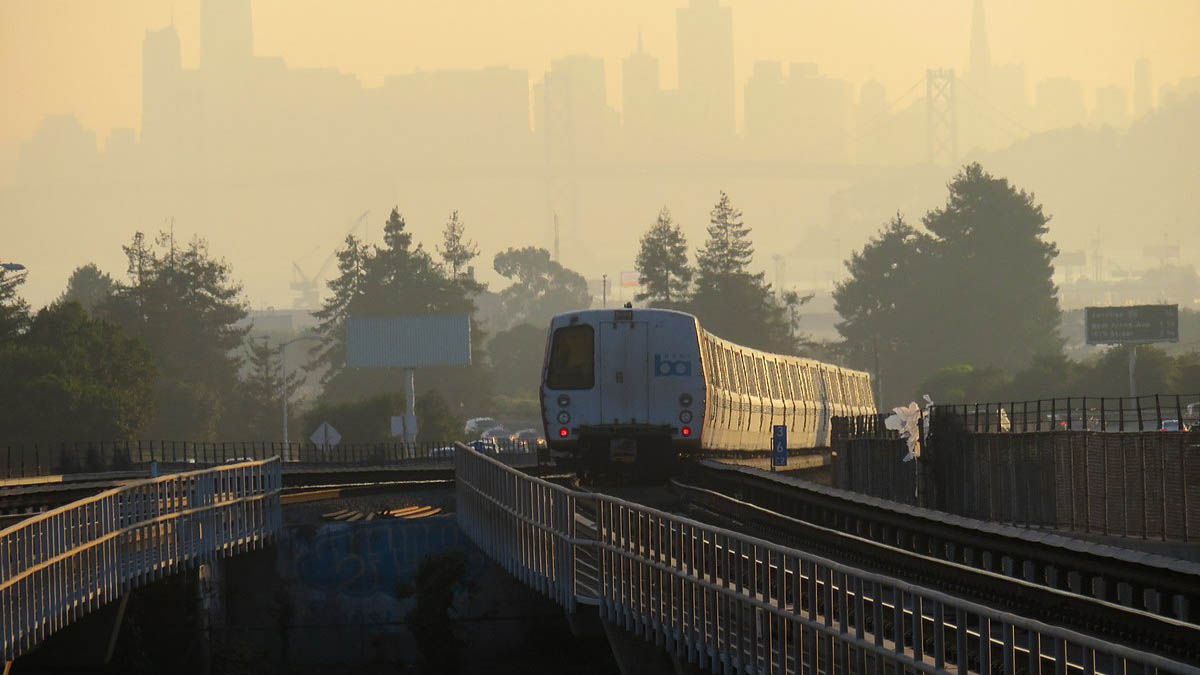 Further advantages lie with the speed and weight that such urban commuter systems often require to carry large amounts of passengers quickly. Documents from the mid-1960s indicate that a broad gauge allowed better stability for the light, quick rolling stock and therefore made the services more efficient and safer. Wider stock naturally gives passengers more space too, moving away from the cramped scenes seen on commuter networks in places like New York and London. In later sources, an indirect influence from India can be noted when it came to considering the seismic activity that occurs in that part of the USA, with terrible earthquakes hitting San Francisco hard in both 1906 and again, after BART was built, in 1989. A wider gauge offered more stability in such conditions. In India the monsoon winds were also combated better by wider rolling stock and this further cemented the larger gauge being implemented in areas where the force of nature was of particular concern.

The result is one of the USA’s truly unique railroads with an unlikely link to its counterparts on the other side of the world. San Francisco and India are not likely to ever have a physical rail link, but their similarity in gauge does offer up some interesting railroad history and a railroad that is technically very different to those elsewhere in the States.