Though the history and origins of many LMS locomotives are valued and appreciated by railfans up and down the UK, for younger enthusiasts and those wishing to see the locomotives in action, their continued place in the heritage scene is just as important. With that in mind, we thought we'd look back at examples of when 8Fs and Jubilee Class locomotives have visited Britain's heritage railways and find out from one such railway what operating the 8F is really like.

Video supplied courtesy of Dovetail Games, for their 'Spirit of Steam' add-on for Train Sim World 2.

Today, 8Fs and Jubilees are big draws for tourists and railfans on heritage lines, being some of the larger locomotives to be featured on what can often be smaller branch lines with ageing but nostalgic infrastructure.

LMS 8F no 48305 sits alongside BR Standard Class 5 no 73156 at Loughborough Sheds on the Great Central Railway. Photo by Jamie Ringwood The West Somerset Railway, at 20+ miles long, offers a good run for these kinds of locomotives, despite the 25 mph speed limit. Various examples of the 8F have visited from other heritage lines in previous years including no 48773 "Britain's most travelled preserved locomotive". Jubilee Class locomotives like Galatea and Bahamas make appearances courtesy of mainline rail tours, though very rarely do they continue along the length of the heritage line to Minehead. 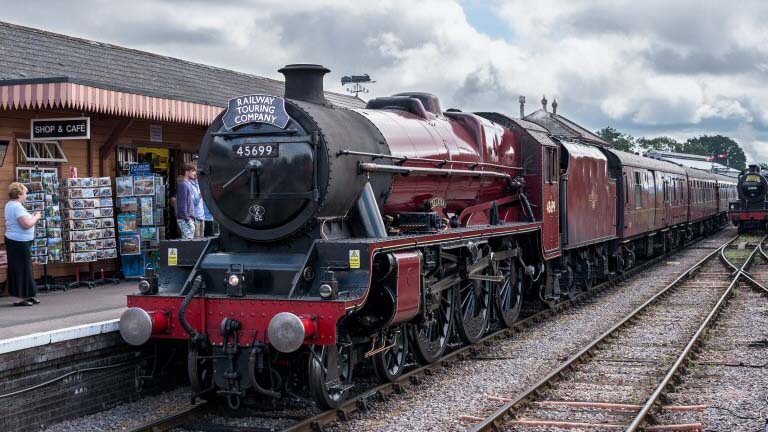 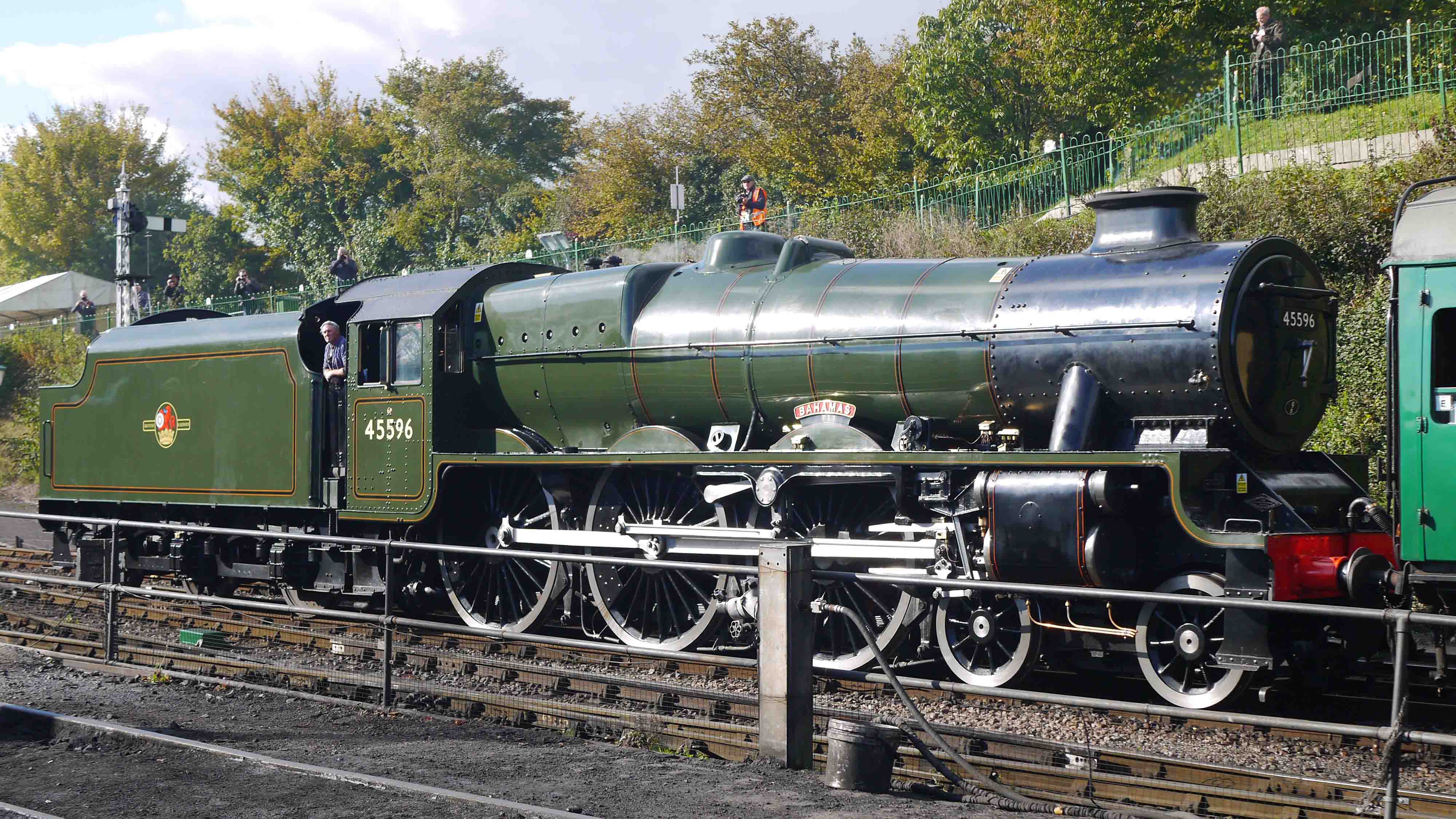 LMS 4-6-0 no 45596 'Bahamas' is seen at Ropley Sheds during a visit to the Mid Hants Railway, also known as the Watercress Line, in October 2020. Public Domain image by Peter_Glyn

And others are being actively restored by heritage railways:

You can find out more about the history of the LMS 8F in our previous article: Far and Wide.

To learn where each of the 4 Jubilee Class locomotives are based, see our previous article: Where to find them?